Excluding tables which are no longer required in your masking set

Sometimes when you’re creating a masking set for a large database or schema there can be hundreds (and sometimes thousands) of table which are identified and included in the masking set. Often there'll be a number of tables you know that you're not required to mask. Removing these will make it easier to use certain functions of Data Masker that display a full list of tables, limiting these to just the tables of interest.

While there's a temptation to do this as a first step, it's usually good practice to keep all tables during the initial setup of a masking set, excluding them only once you've got the basic structure of your masking set. By doing this you'll have a list of tables which you do need to mask that will inform your exclusions.

The quickest way to get a list of the tables which have rules in the masking set is to locate in the “Rules in Set” tab and click the “Rule Target” column header to invoke a sort. For convenience, sort in alpha-ascending.

At this point you would invoke a SECOND Data Masker program (you can start as many as you have system resources to support) and you’ll then be able to toggle between the two, using one as reference and the other for actions.

In the second program window, load the same masking set and edit the Rule Controller. Go to the Tools tab and Refresh Tables and Indexes: 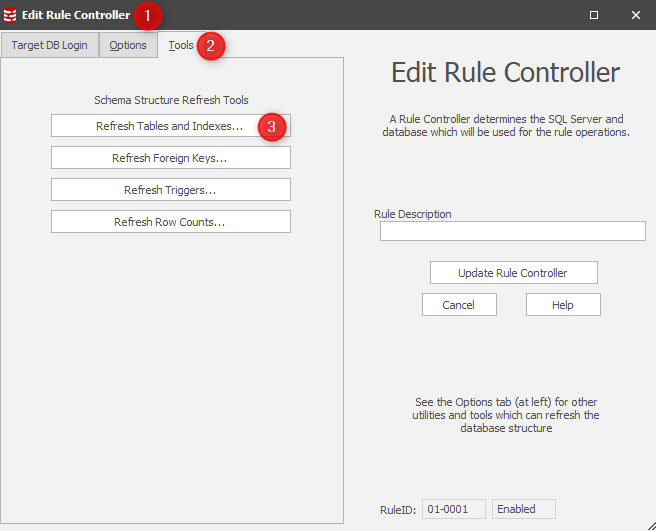 The odds are very good that more tables are to be excluded than have rules in the masking set so as a first step Check All. Next toggling between the two program instances choose the tables which have rules in the set. You’ll see that the exclusion list is already sorted alpha-ascending.
Once all the desired tables are selected (i.e. taken out of consideration for exclusion simply Exclude Checked:

Your selected tables will be moved to the Exclusion list. Save Schema Changes and Close and then Update the Rule Controller. 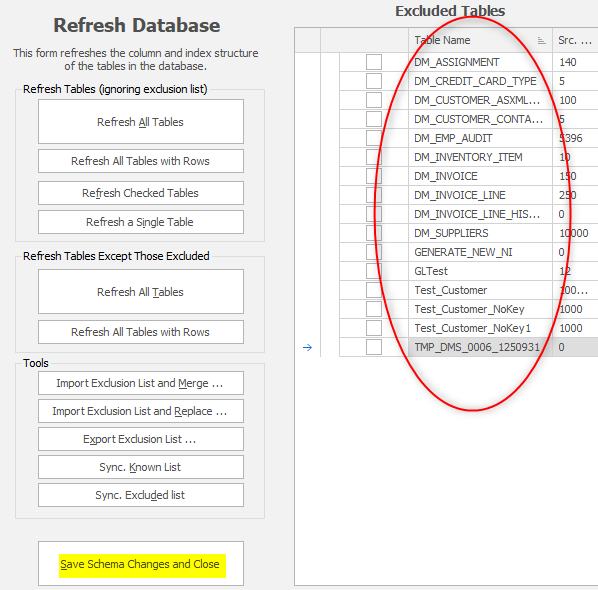 At this point you should Save the Set with a new name. This means that your second execution of Data Masker now has the new set in context and the first execution has the original masking set.

Close the first execution of Data Masker without saving and the process is complete.

This Tech Tip can be considered in conjunction with its counterpart Re-including tables which you excluded when creating your masking set – just in case you were a little over-exuberant with the table exclusions earlier.