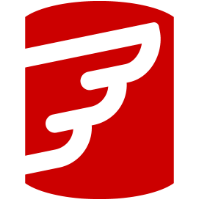 All editions are supported, including XE.

Support Level determines the degree of support available for this database (learn more).

* TNS_ADMIN environment variable must point to the directory of where tnsnames.ora resides

In addition to the regular Oracle SQL syntax, Flyway Teams also comes with support for many Oracle SQL*Plus commands.

This support is disabled by default and must be activated using the oracle.sqlplus flag.

The SQL*Plus capability within Flyway is a re-implementation so may not behave exactly as native SQL*Plus does. If a feature you're looking for doesn't work as expected then we recommend using script migrations to invoke the SQL*Plus command-line tool.

The following commands are fully supported and can be used just like any regular command within your SQL migrations:

The short form of these commands is also supported.

This feature allows you to set up your SQL*Plus environment to use the same settings with each session. It allows you to execute statements before every script run, and is typically used to configure the session in a consistent manner by calling SQL*Plus commands such as SET FEEDBACK and SET DEFINE.

Flyway will look for login.sql in all the valid migration locations, and load it if present. glogin.sql will be loaded from $ORACLE_HOME/sqlplus/admin/glogin.sql in UNIX, and ORACLE_HOME\sqlplus\admin\glogin.sql otherwise.

Profiles are only loaded when oracle.sqlplus is enabled.

When SET SERVEROUTPUT ON is invoked, output produced by DBMS_OUTPUT.PUT_LINE will be shown in the console.

By default SQL*Plus variable substitution support is enabled. &VAR-style variables will automatically be replaced with the matching value supplied by either Flyway's regular placeholder configuration or a DEFINE command. Use of these variables can be disabled in the usual way using the SET DEFINE OFF command.

While SQL*Plus is interactive and will prompt for missing variable values, Flyway does not; it is an error not to provide a value for all variables that need to be substituted.

Statements which contain a &VAR-style expression which is not intended to be substituted, such as in a literal string, will either require SET DEFINE OFF beforehand, or some alternative construct to avoid use of the ampersand.

Oracle supports user and password being provided in the JDBC URL, in the form

In this case, they do not need to be passed separately in configuration and the Flyway commandline will not prompt for them.

Flyway can connect to your databases using credentials in your Oracle Wallet.

First you need to ensure you have set the environment variable TNS_ADMIN to point to the location containing your tnsnames.ora file. Then you will need to configure the flyway.oracle.walletLocation parameter to point to the location of your Oracle wallet. Lastly your URL should be provided as specified in tnsnames.ora i.e. if it is using an alias then connect with the jdbc:oracle:thin:@db_alias syntax.

With that configuration you will be able to connect to your database without providing any credentials in config.

You can authenticate using Kerberos by specifying the location of the local Kerberos configuration file (which contains details such as the locations of Kerberos Key Distribution Centers), and optionally the local credential cache, to Flyway. For example, in flyway.conf:

Flyway allows you to proxy through other users during migrations. You can read about how to enable proxying for users here.

If you encounter a discrepancy between the Oracle SQL*Plus client and Flyway, let us know via the official support email.

Flyway includes any referenced scripts when calculating checksums. This also extends to login.sql and glogin.sql since their contents can affect the reproducibility of a migration and can differ in different environments.

Implementing a compatible solution to some problems isn't always possible, so we document those problems and the valid workarounds.