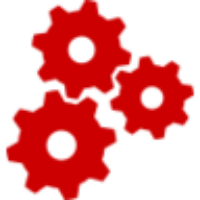 The new engine should generate more accurate code and be more stable. If you have any suggestions, don’t hesitate to click the envelope button inside the application. We’d love to hear your thoughts!