You can now view the tables, schemas, users and types of your database, right within the project itself (e.g. Tables\dbo.Customers.sql, Tables\dbo.Orders.sql,Types\dbo.OrderNo.sql etc). 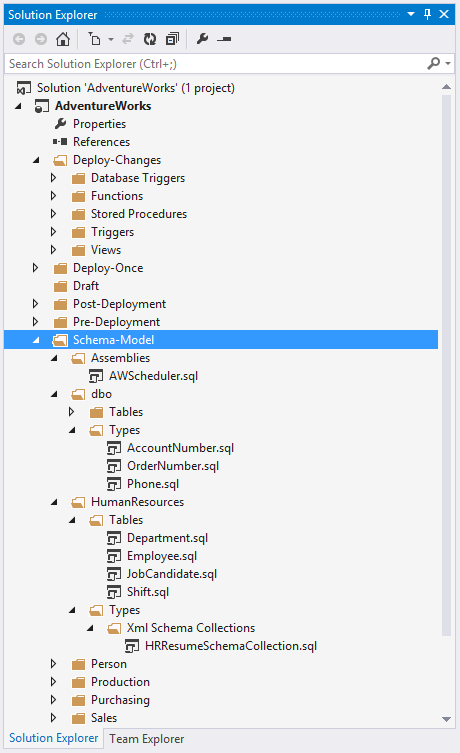 The files themselves contain declarative representations of the schema objects, with CREATE statements that are updated to reflect object changes, rather than the imperative statements of Deploy-Once migrations, which generally follow an ALTER approach.

If you’ve used SQL Server Data Tools or Visual Studio database edition projects before, then this file layout may seem familiar to you. 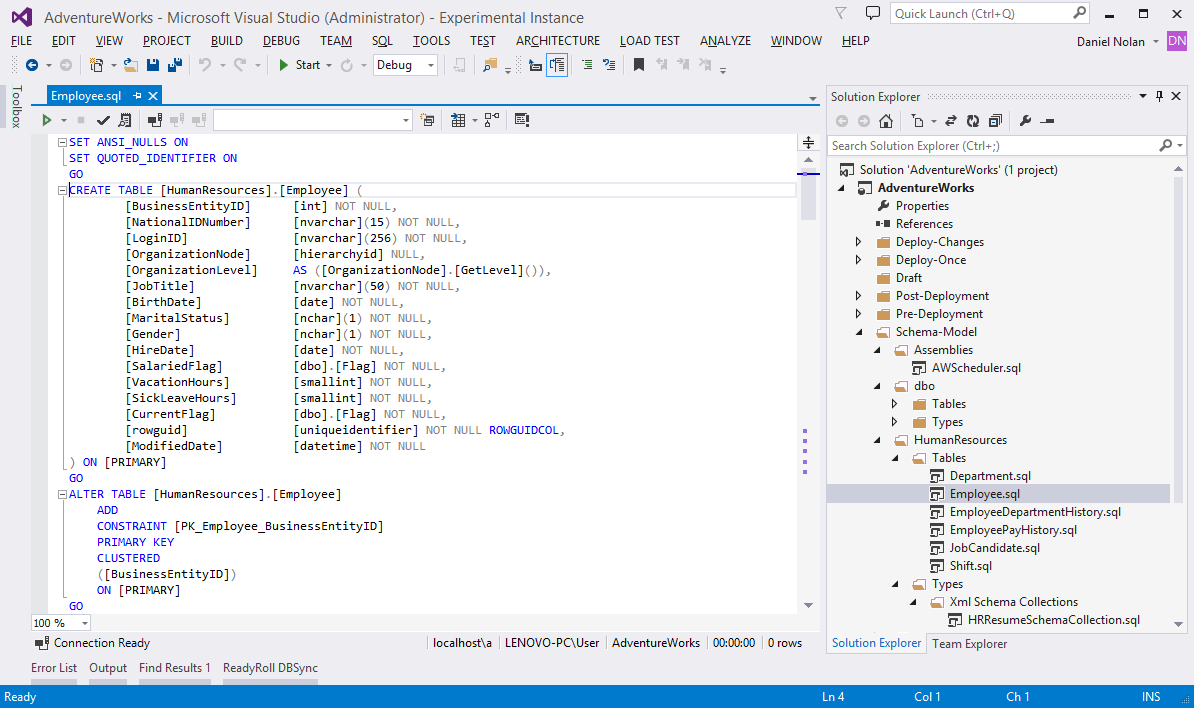 One reason to enable this feature is to keep track of changes at the object level over time, i.e. using your source control tool’s Annotate feature.

The Offline Schema Model is created and maintained by the ReadyRoll DbSync tool in Visual Studio: whenever you Import new changes from your sandbox database, the offline model will be updated in the project to match the schema changes being imported.

Get started by enabling the option in project settings: 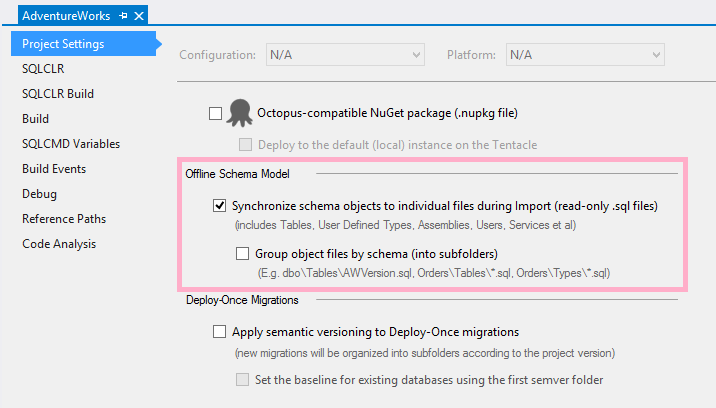 Then click the View Pending Changes button in the DbSync tool to initialize the offline copy of your database, which will be placed into a subfolder called Schema-Model.

All files contain permission GRANT statements, where applicable, plus any extended properties attached to the objects.

The above items are included in the OSM by default, when you enable this feature in Project Settings.

Additionally, the following types of programmable objects can also be included in the OSM:

However we wouldn’t necessarily recommend this if you are already using Deploy-Change migrations, as this will duplicate these types of files in your project.

Object types to include in OSM (project setting)

If you wish to customize which objects get included in your database project’s Offline Schema Model, edit your .sqlproj file and add the following under the root node of the file:

Add or remove any items from the list to control which objects get included (note that we’ve omitted the programmable object types in the list).

By default, ReadyRoll splits the objects in the OSM by type, and prefixes each file with the appropriate schema name. If, however, you would like to group your object files by schema (in addition to type), then add the following under the root of your .sqlprojfile (or by selecting the option shown above):

On a related note, if you are also using Deploy-Change migrations in your project, and would like to organize those files by schema as well, then add the following to your project file:

The future of the Offline Schema Model

We’re very excited to be re-introducing this feature, after it was removed in an earlier version of ReadyRoll.

At the moment the OSM folder is read-only, however we may introduce the possibility of importing from object definitions in source control, allowing you to generate a new synchronization script upon merging branches.