SQL Compare 12.3 contains a new option to allow more control over what types of indexes are deployed. The "Ignore performance indexes" option will only deploy indexes created by unique constraints, primary keys, and foreign keys. This will allow the deployment of structural keys and indexes without impacting indexes that have been added to improve performance. 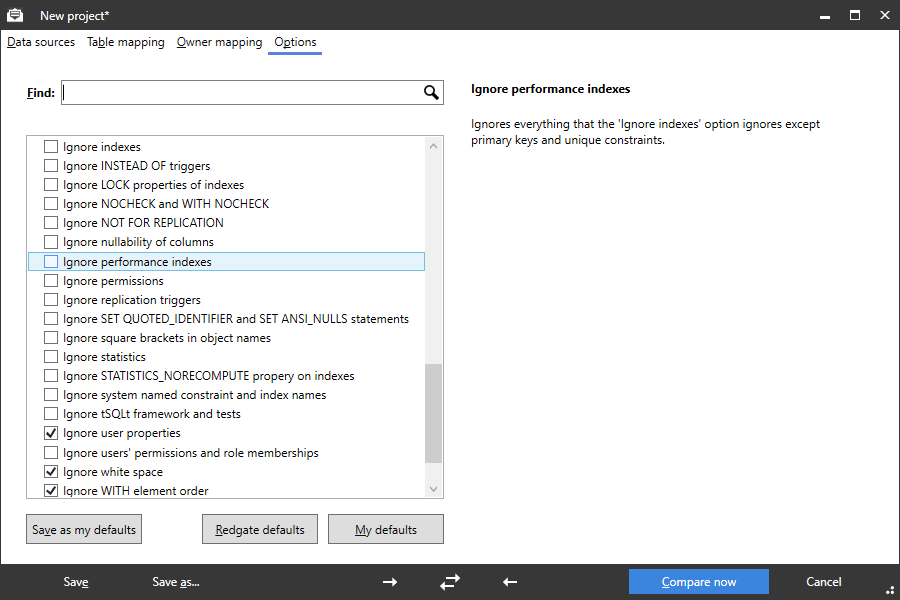 Select a Git revision as a data source

When using the SQL Source Control data source it is now possible to compare to a historical git revision. 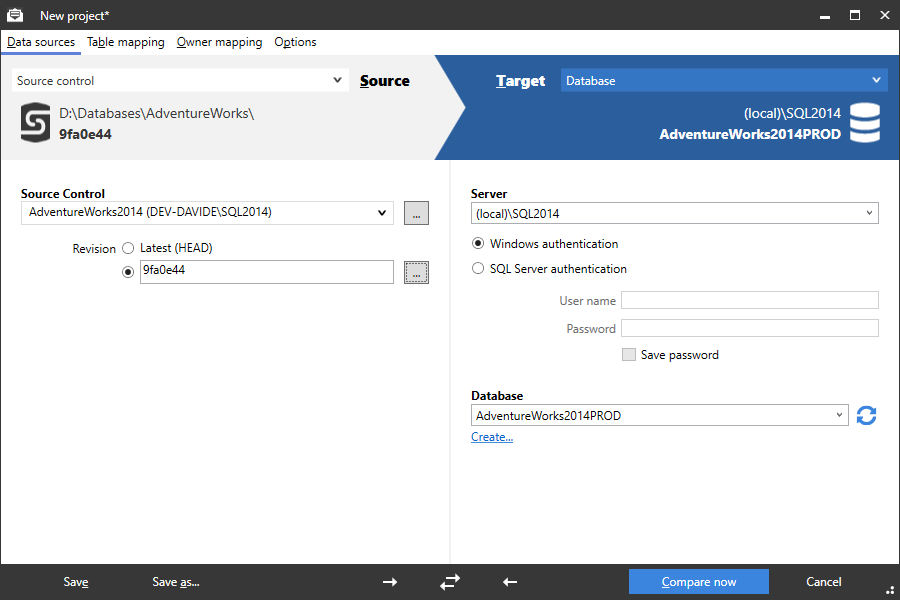