A deployment script that involves migrations consists of compare blocks and migration blocks: 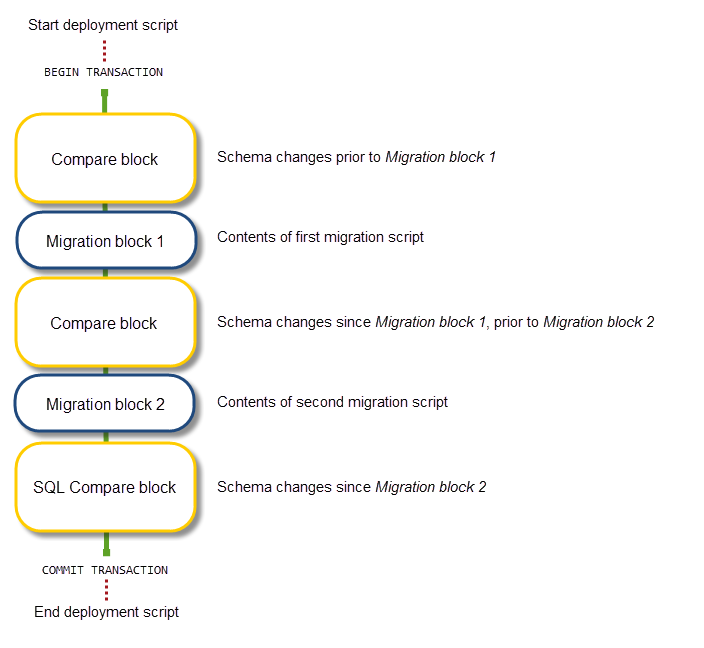 To use these statements in migration scripts, disable transactions when generating deployment scripts in SQL Compare. To learn more, see this example.

You can edit the deployment order file to manually change the order changes are deployed. This is necessary to resolve a merge conflict.

In the file, migrations are labelled with the migration script name (eg Rename tblUsers to tblCustomers). Each migration is represented in two lines, where each line describes a block of changes:

The SQL Compare engine uses these blocks to generate a deployment script that executes your migration SQL at the specified point.

Changes made directly to the database without being committed to version control are considered drift. When you deploy a migration script, any drift is identified and preserved until either:

a. the end of the deployment script, where it's discarded if it doesn't appear in the source

b. the drift conflicts with a change being deployed, at which point the change is deployed and the drift discarded