SQL Prompt Standard edition has been retired with the release of SQL Prompt 6.0. All SQL Prompt features are now available in a single edition.

If you are using SQL Prompt Standard, please email sqldev.info@red-gate.com to discuss your upgrade options. 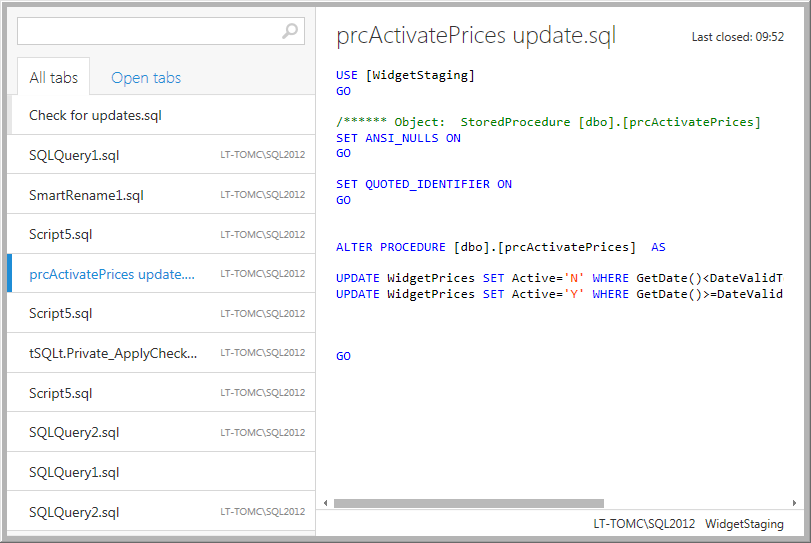 Synonyms (including columns from a synonym’s base object) are now suggested.

You can now share snippets with other SQL Prompt users by using a shared snippets folder: 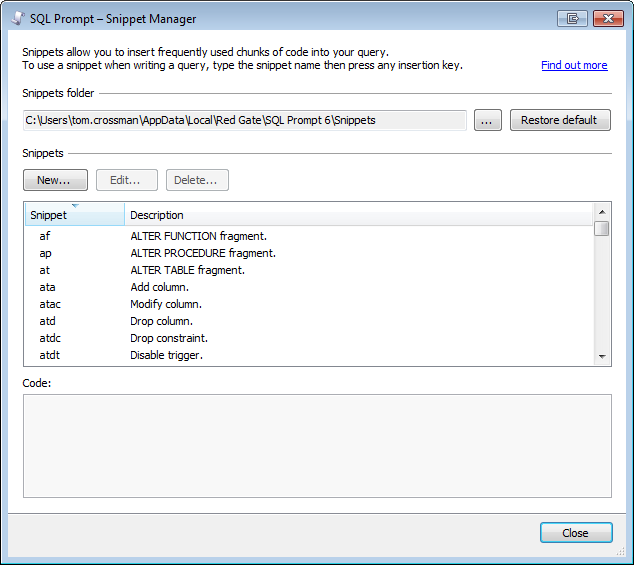 You can now use $PASTE$, $DBNAME$ and $SERVER$ in SQL Prompt snippets. You can also specify a custom $DATE$ and $TIME$ format, eg $TIME(HH:mm:ss)$.

All relevant tables are now suggested in a join clause, and we’ve added an option to swap the order of columns in the clause:

You can now press CTRL + C to copy the contents of the object definition box.

We've fixed the following bugs that were reported by users:

We've also fixed the following bugs that were send to us as error reports from SQL Prompt:

We’ve also fixed some stability issues on Windows 8 and 8.1.