.
There are five possible steps in the wizard:

If SQL Compare is unable to deploy the data sources, an error message is displayed, and where possible all changes are rolled back. However, if you have selected the project option "Don't use transactions in deployment scripts", the changes are not rolled back. 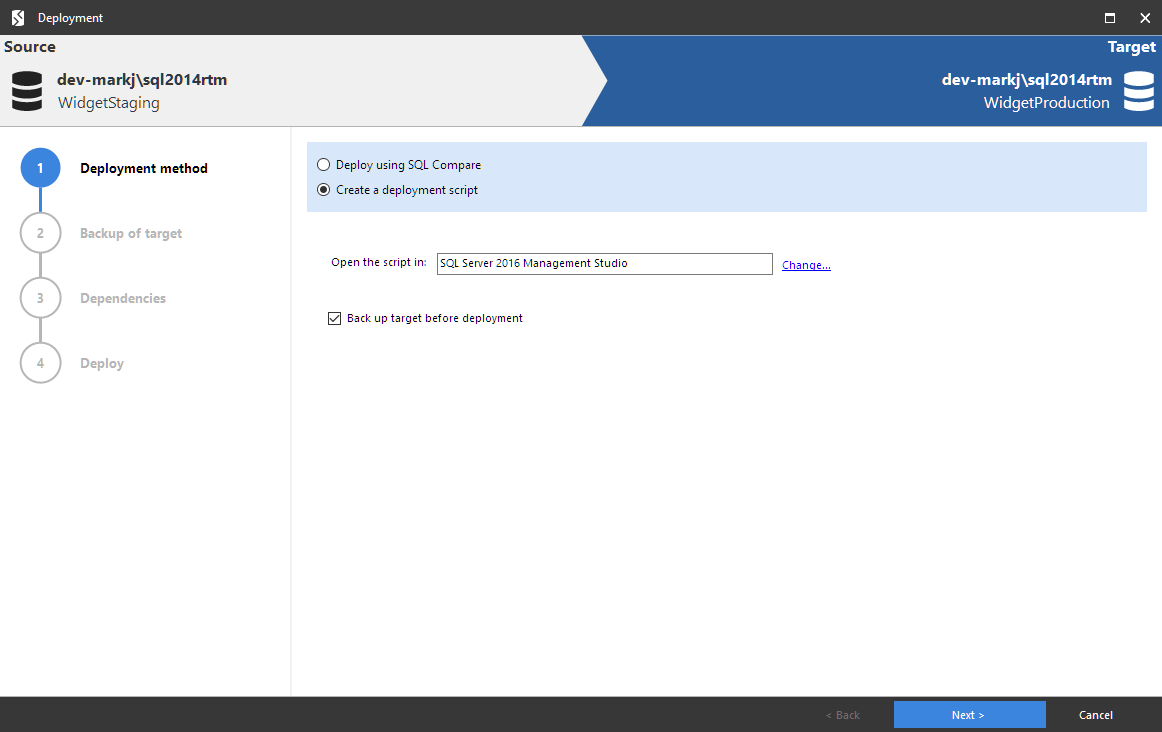 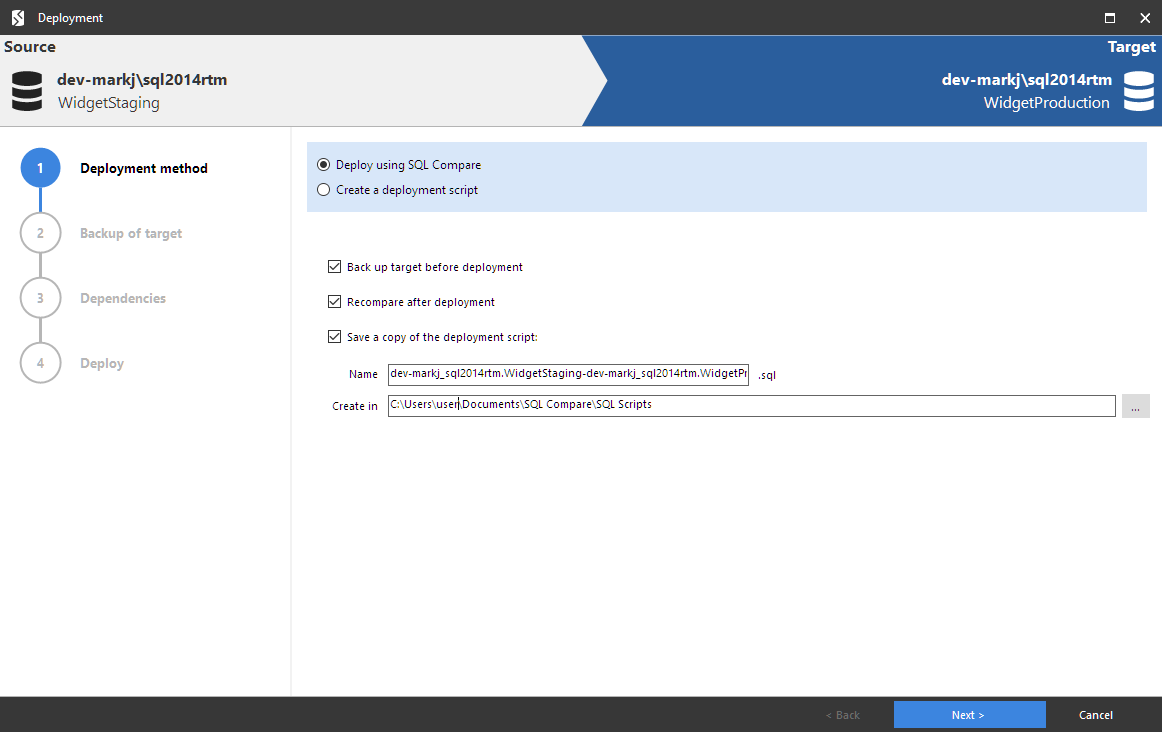 If you choose to deploy using SQL Compare, on the Review page you can save a copy of the script and exit the wizard, or click Deploy now to perform the deployment.

This page allows you to create a SQL Compare schema snapshot, or a full backup. You can use either Redgate SQL Backup, or native SQL Server to perform the backup. 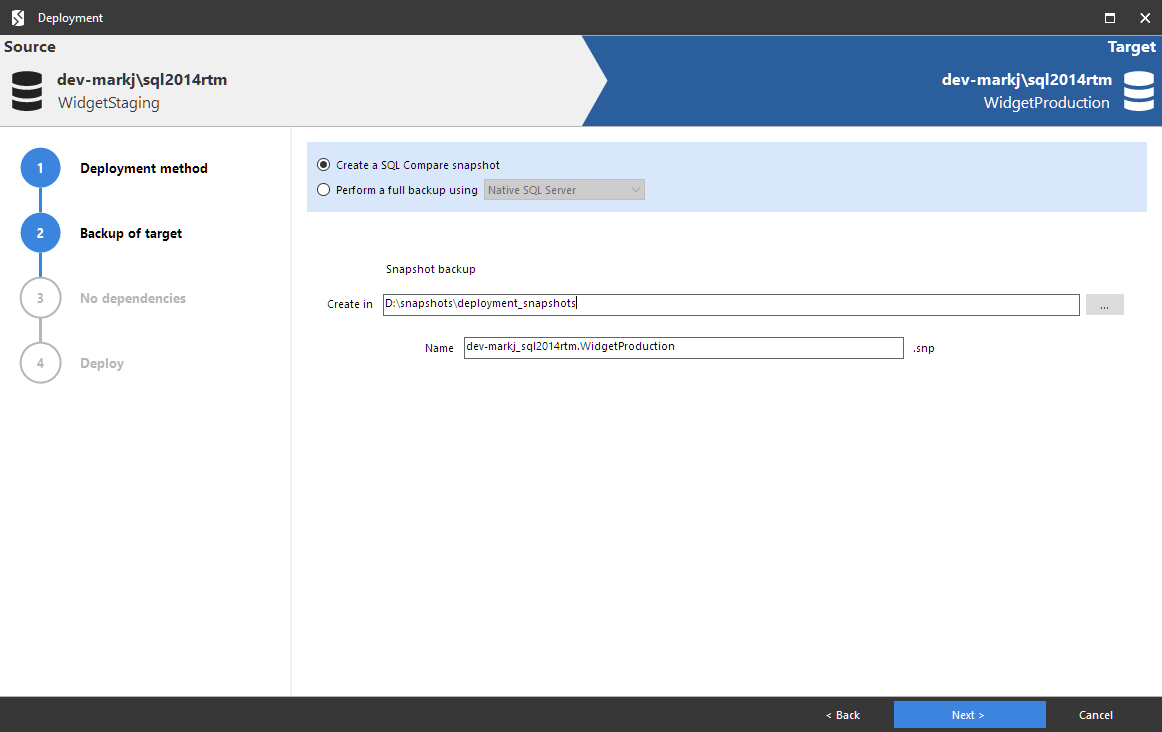 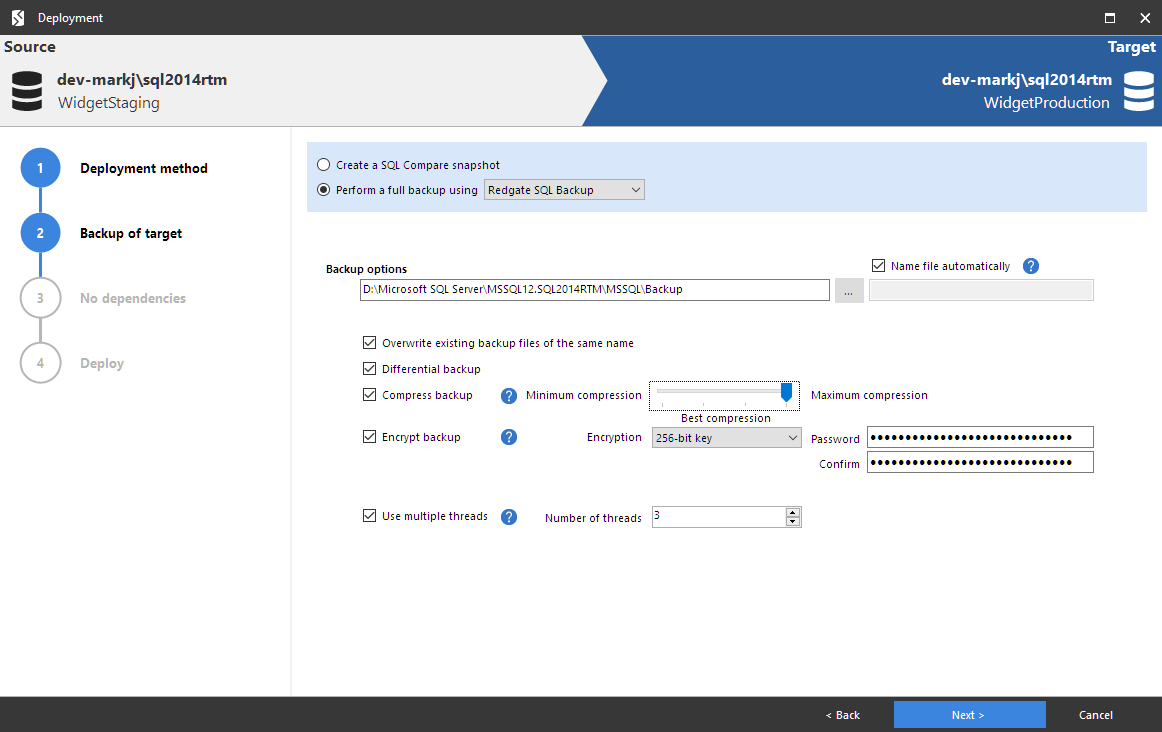 To use Redgate SQL Backup, you must have the SQL Backup server components installed on the SQL Server instance of the target database. 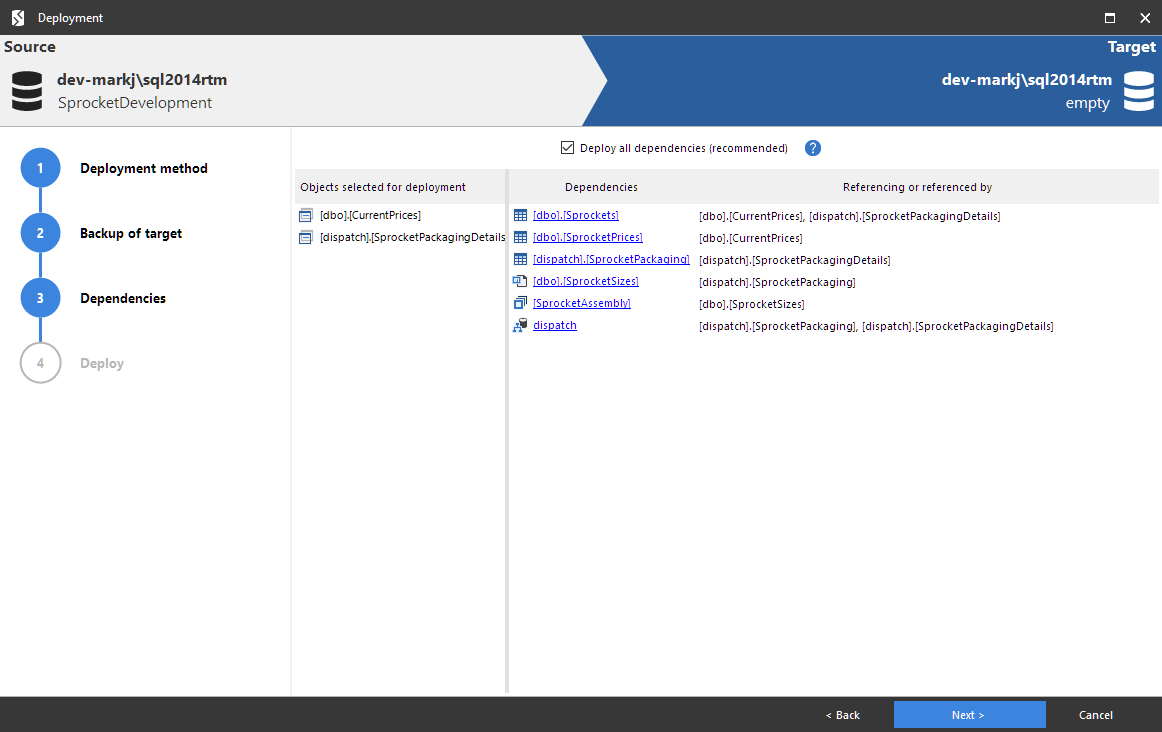 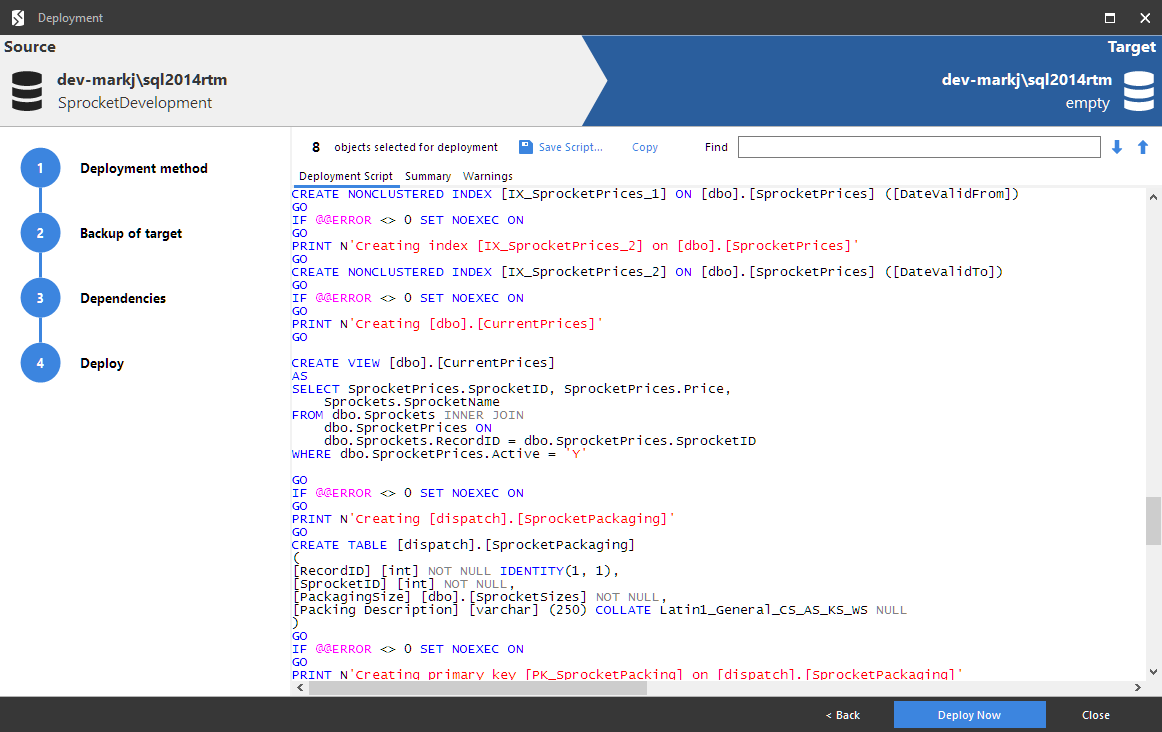 When you have reviewed the script, click Deploy now to perform the deployment.