This page will help you get started with developing databases using the SQL Change Automation Visual Studio Extension.

We’ll set up a new SQL Change Automation project which can be deployed against a new database. Specifically, we’ll:

This will open the SQL Change Automation window if it is not already open. 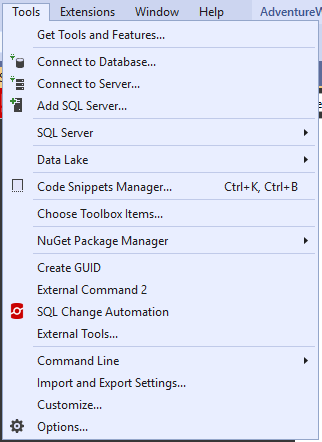 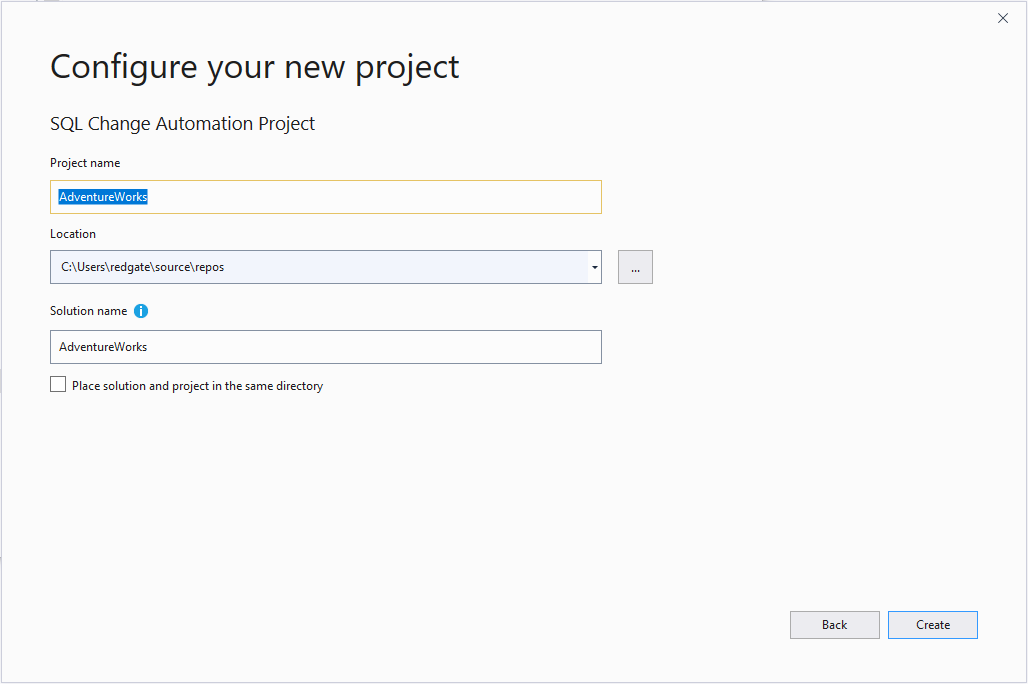 Once this project is created the SQL Change Automation setup wizard will open. Click the cross in the top right corner for now

3. Configure project to use SQL Clone as a provisioner

For now click the X in the top right corner of the wizard as we need to set a couple of settings before completing the setup wizard.

Open the properties pane for the project, scroll down to the Programmable Objects section, and select Import incrementally into separate script files. This is the recommended approach for scripting programmable objects when using a SQL Clone image as a baseline. 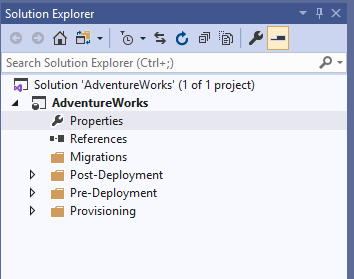 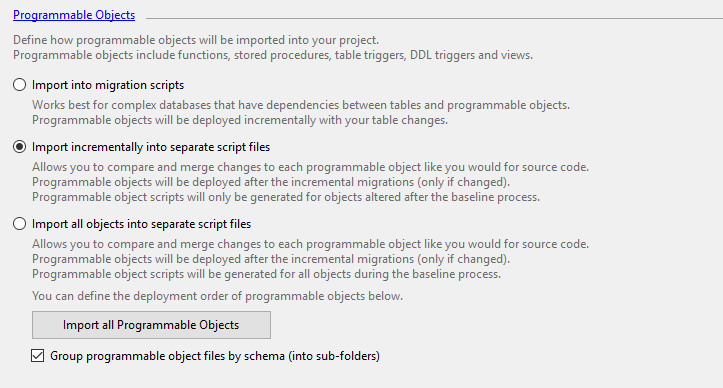 Next we need to configure SQL Clone: 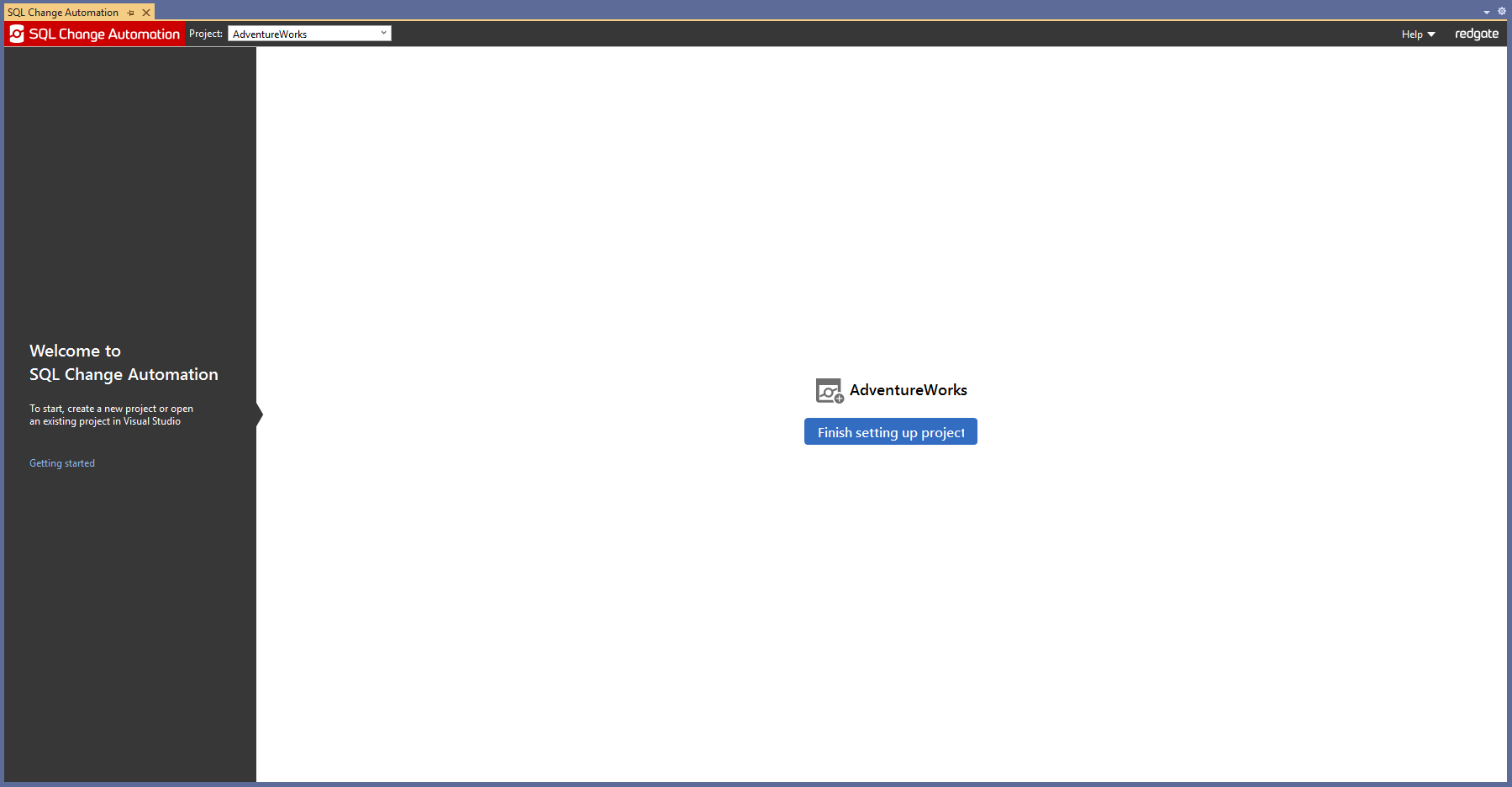 Click Get Started. Then specify a connection for your development database. Note that you cannot use the new database option here or specify a database on (localdb) as that is not supported by SQL Clone.

You do not need to specify a deployment target database when using a SQL Clone image as a baseline, as this is used when baselining using a script. For more information, see setting up a project with an existing database in Visual Studio. 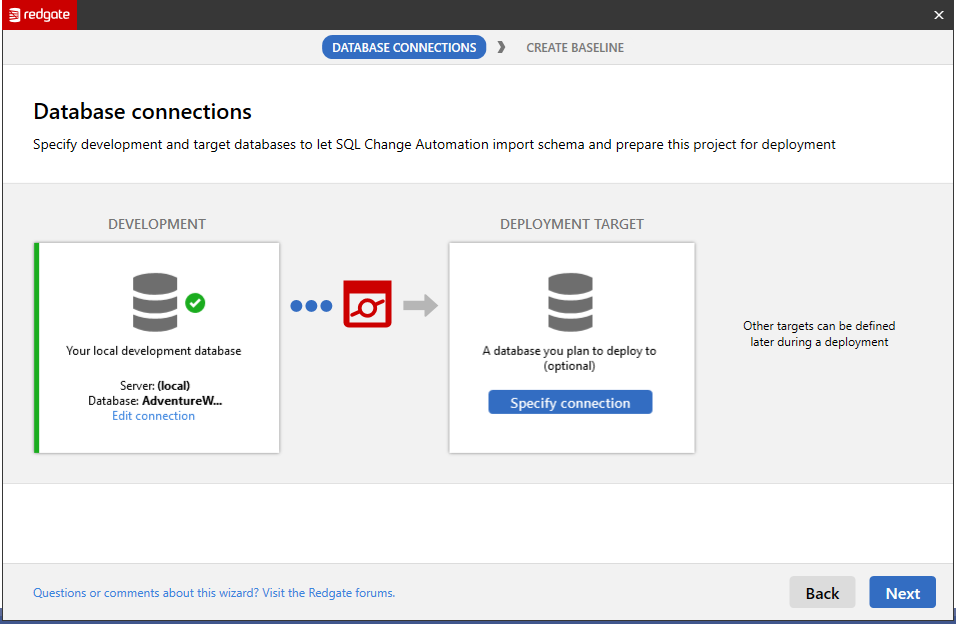 Your project will appear in the Solution Explorer window. You should notice scripts generated in the Schema Model folder but no Migration scripts or Programmable objects for now.