What are the key things I need to know when getting started with Data Masker?

This Tech Tip is designed to help you get started with Data Masker Version 6 including the creation of your first set of masking rules. The objective is also to help you develop good practices in using Data Masker by understanding the way that the tool works and how to work best with it to achieve sets of masking rules which perform well, don’t conflict from a data logic perspective and avoid deadlocks or resource contention.

In truth, though, the first step in any successful data masking project is the understanding of the database estate. Which databases contain PII (Personally Identifiable Information) or PHI (Protected Health Information)? This discovery process can often be an “eye-opener” when the proliferation of database servers is exposed. Red Gate’s SQL Estate Manager will help you in the discovery and classification of your databases and provide you the foundation to take the next step, which is to build your Masking Plan. This identifies:

Evaluate and choose the replacement datasets for your PII / PHI data. You’ll find these in the Data Masker Misc Setup tab where you can review each set. Use the Sample button and you’ll be able to see what options are available for each. Some are clearly more complex than others and options will be determined based upon the nature of the replacement dataset. Some will be simple character values, perhaps numeric, some dates and others algorithmic (such as National Identification numbers or Credit Card Numbers). 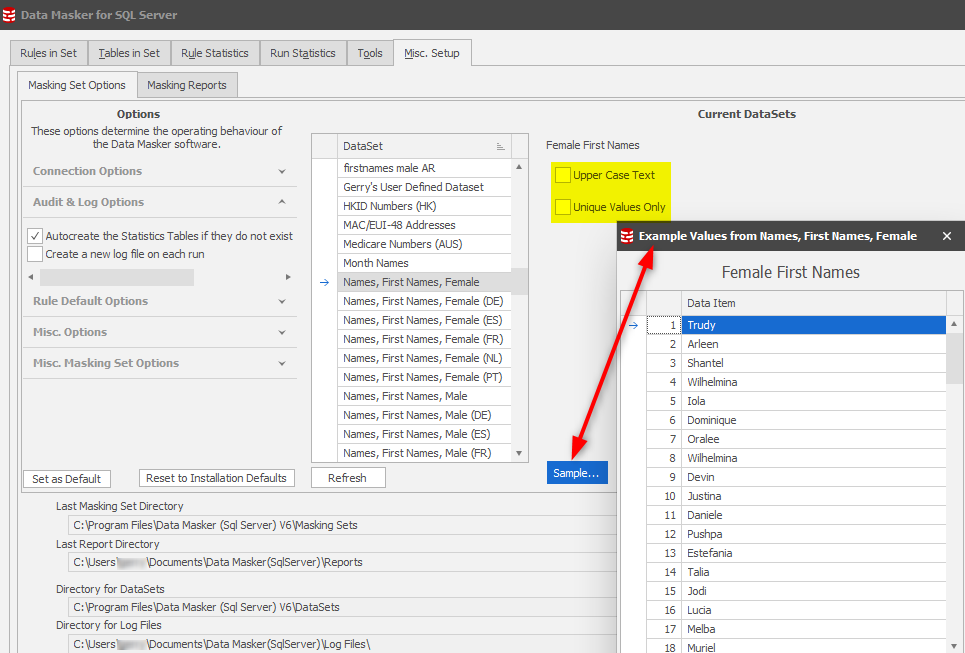 If you need to consider building datasets which are not already pre-provided with Data Masker you’ll find another Tech Tip alongside this one which covers that topic called Can I create my own replacement datasets? .

As you traverse back to the Rules in Set tab to build your first masking set, stop and have a look at the Run Statistics tab. 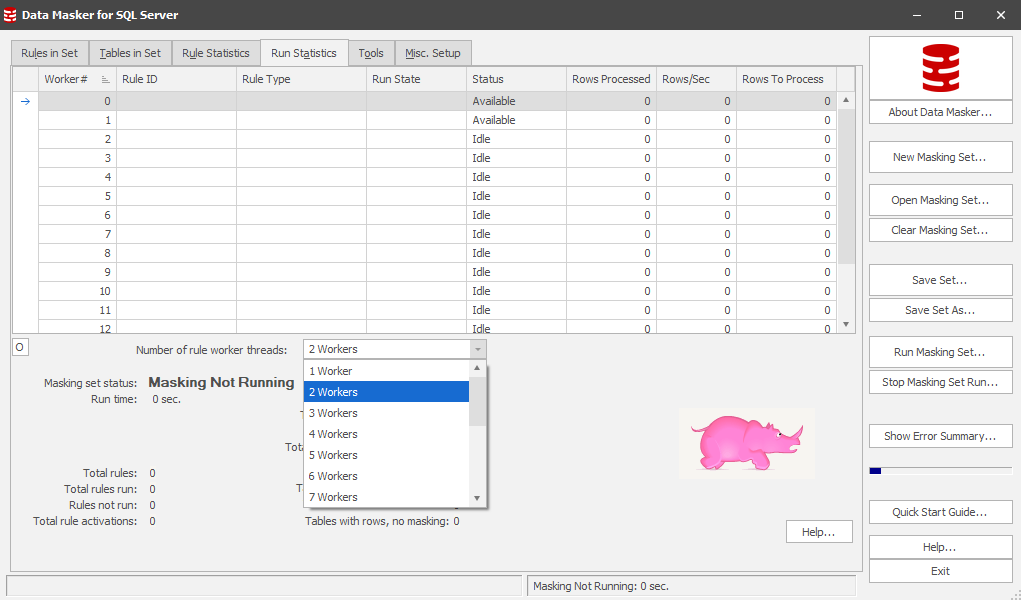 The general “rule of thumb” is to enable 4 workers per CPU of the target server being masked and you can dial this up, or down, during the masking set execution process. It’s because of this initial configuration that we need to be aware of deadlocks and logic conflicts. You “could” simply dial this value down to 1 worker but you may then encounter extended runtimes which the parallelism may have overcome. Leave it at 2 for now.

“Save As” the masking set with a naming convention of your choice. 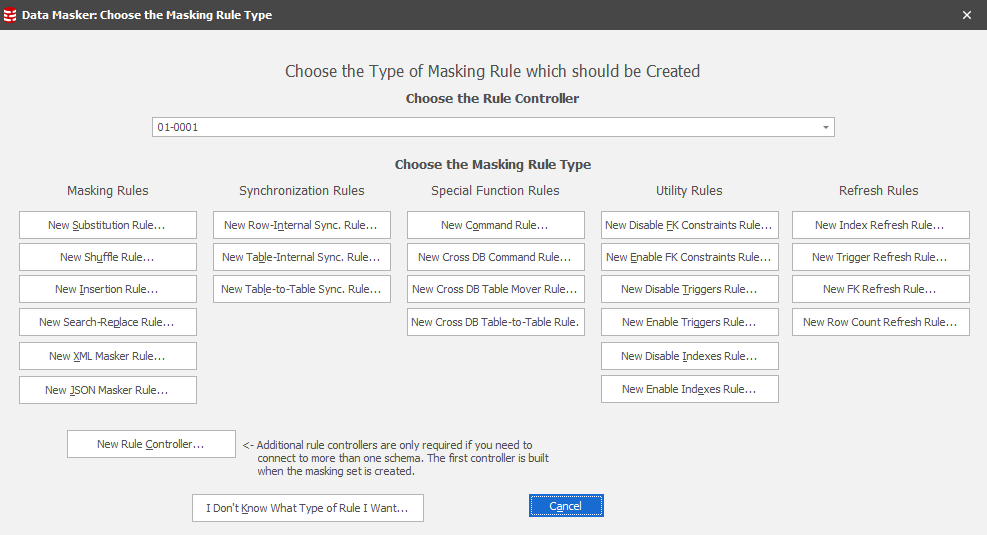 The Substitution Rule dialogue is intuitive, choosing the table, the column and the replacement dataset. What you may not readily realize, however, is that you can set multiple column replacements in the same rule: 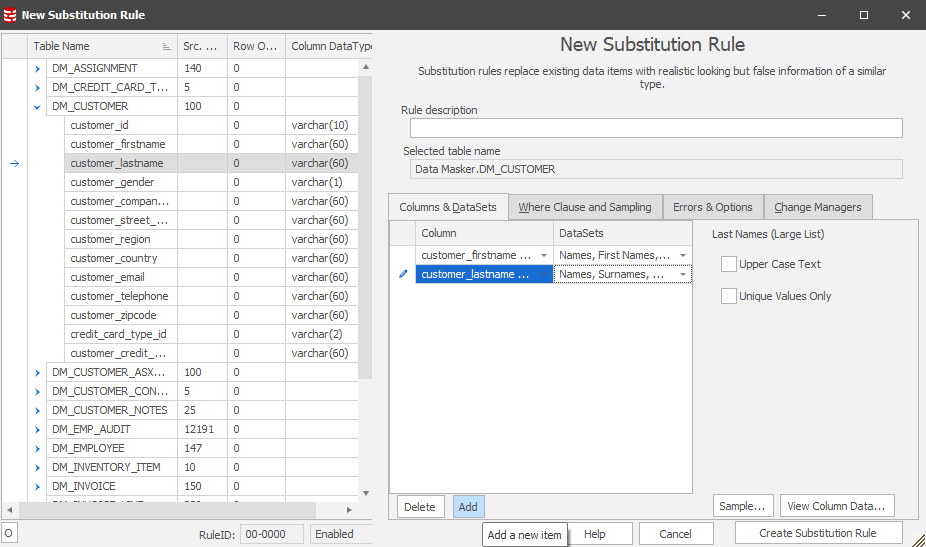 In this rule the FIRST_NAME was changed to a Female name to ensure that any gender anomalies are discounted from the outset. A second rule would therefore need to be created to provide new Male names where the GENDER=‘M’ using the “Where Clause and Sampling” tab. Locate over the 01-004 rule and then New Rule followed by New Substitution Rule.

The key “take-away” points from this Tech Note are:

This Tech Note is one of a series designed to answer the questions we’re often asked by clients. The full course for SQL Provision is available at Redgate University.