When a feature usage report is received by the web service, a counter increments showing that the feature has been used. You use SmartAssembly to view the usage counters and to export the data to a spreadsheet.

Note that viewing and exporting the counter data does not reset the counters.

To update the counters while viewing them, click Refresh. 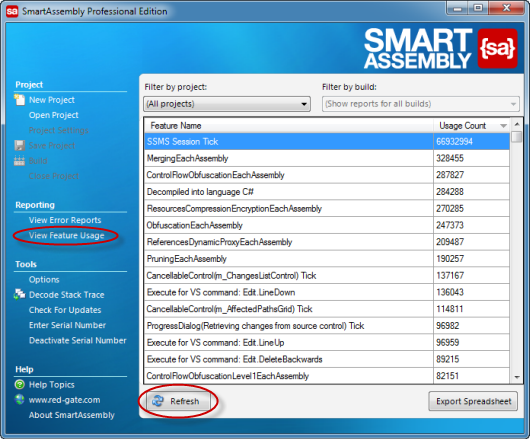 Filtering reports by project and build

To export the feature usage data as a CSV file, click Export Spreadsheet. 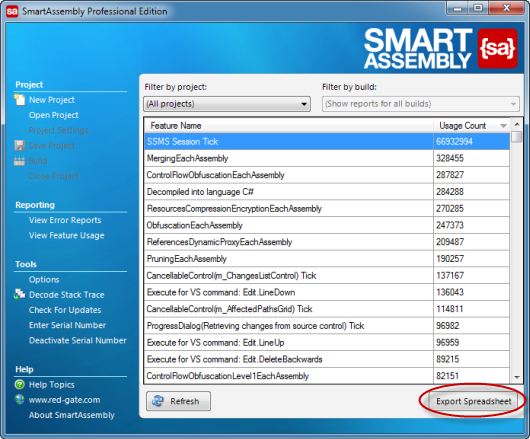 The CSV export provides more detail than the counters alone. The following fields are provided:

As a simple example, imagine that: