When you have selected the objects that you want to include in the deployment, use the Deployment Wizard to create the SQL script that will deploy the databases.

The wizard has three steps:

If SQL Data Compare is unable to deploy the data sources, an error message is displayed, and where possible all changes are rolled back. However, if you've selected the project option Don't use transactions in SQL scripts, the changes are not rolled back.

When a backup is the source, and a database is the target, the database can be deployed with the backup.

On the first page of the Deployment Wizard, you can choose to create and save a deployment script, perform the deployment using SQL Data Compare, or update a scripts folder: 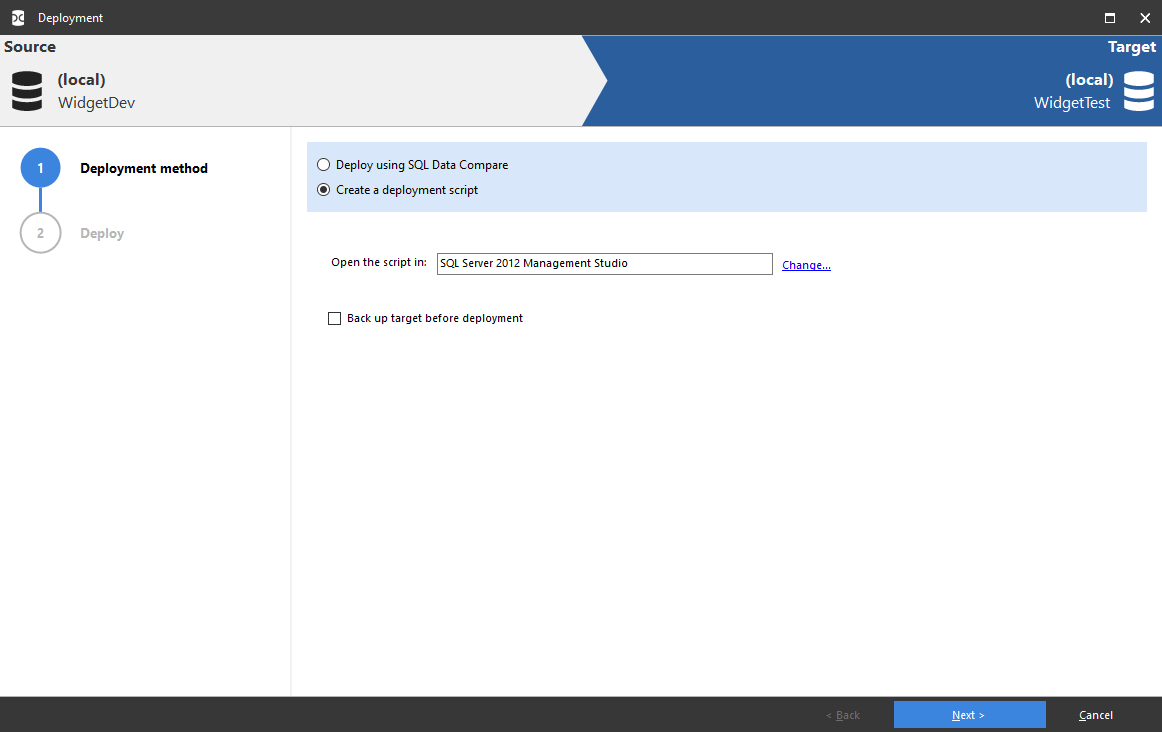 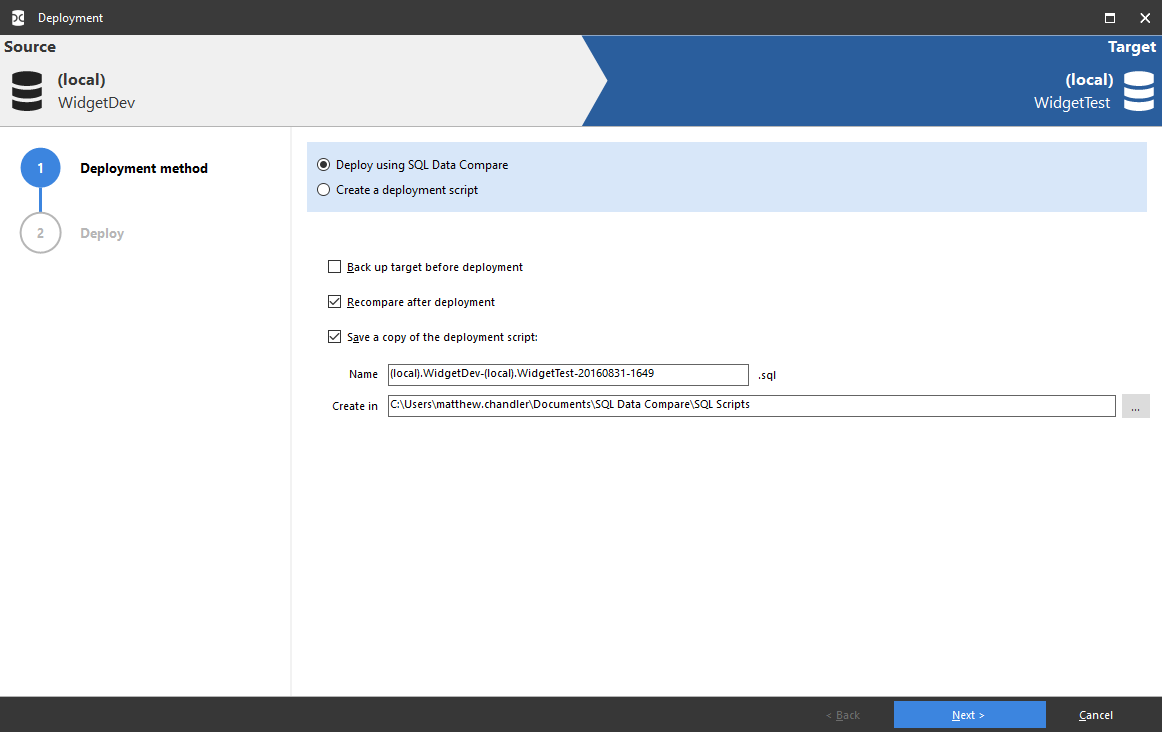 If you choose to deploy using SQL Data Compare, on the Review page you can save a copy of the script and exit the wizard, or click Deploy Now to perform the deployment.

If you select Back up target before deployment, a step is added to the Deployment Wizard allowing you to specify details of the backup.

If the target is a backup, the option to deploy using SQL Data Compare is disabled. Instead, deploying creates a script to modify the data source which the backup was created from.

If you selected the option to back up before deployment, the Configure backup page is added to the Deployment Wizard.

If the target is a database, this page allows you to perform a backup before deployment.

If the target is a scripts folder, this option is not available. 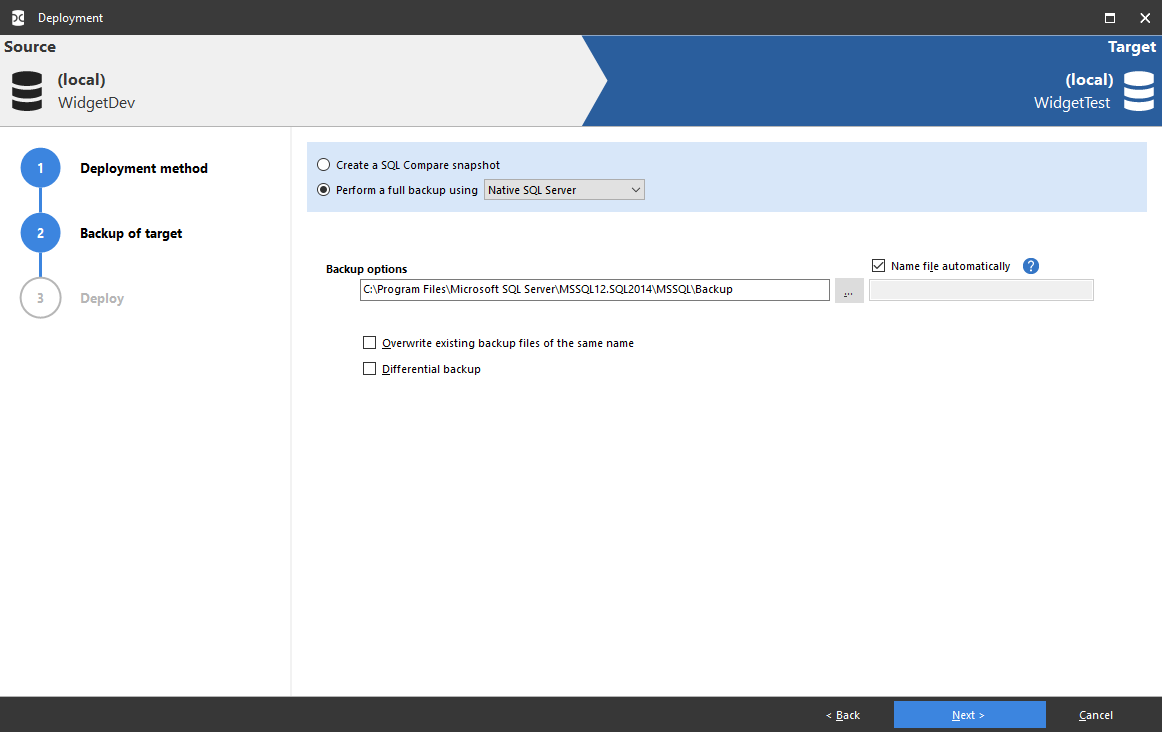 When the target is a database, you can perform a full backup. In the Back up using box, select: 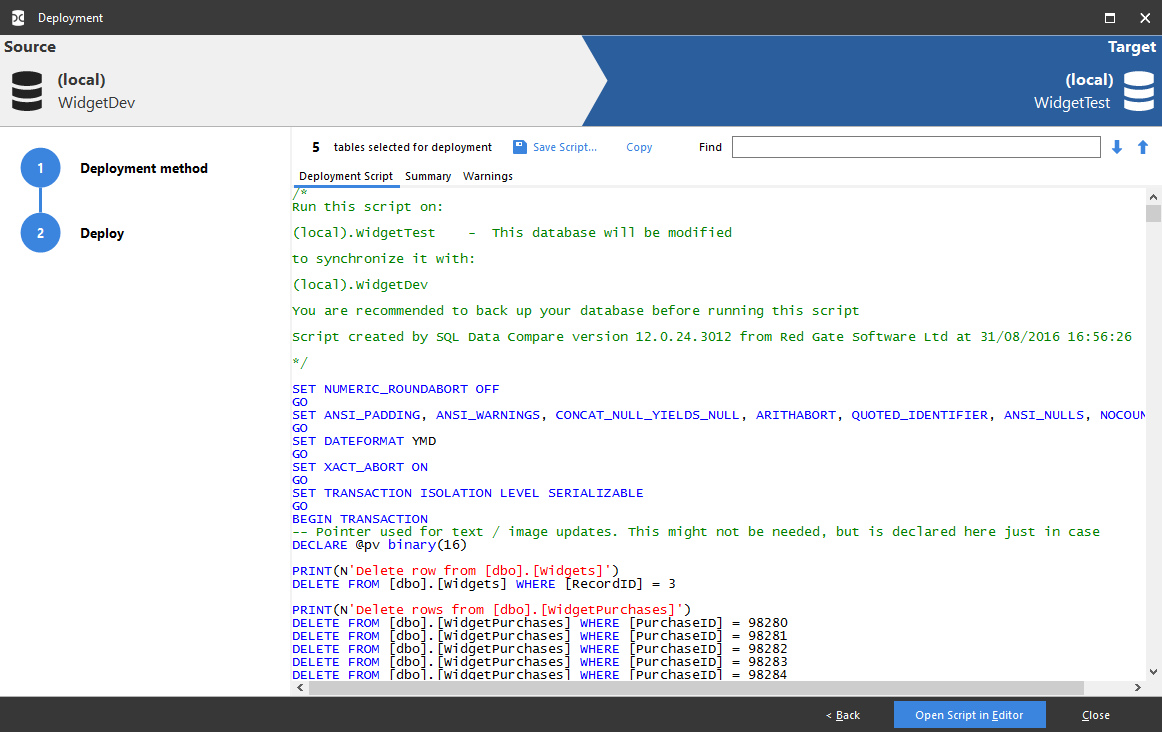