To view the details of raised alert, from the Alert Inbox, do one of the following:

The alert is opened in its own page. When you open an alert, it is automatically marked as read.

You don't have to go back to the Alert Inbox and select another alert to open it; you can navigate through different Alert details pages by clicking Newer or Older. Once you've viewed details of an open alert, click Newer to display details of the alert listed directly above it in the Alert Inbox:

If you return to the Alert Inbox after clicking through alerts, the page containing the last alert you opened is displayed.

Details: general data showing the nature of the issue.

Comments: all comments that have been added for this occurrence of the alert.

Alert history: the lifecycle of this occurrence of the alert, displayed as a list of entries representing each significant change: 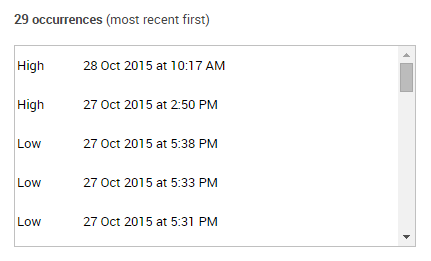 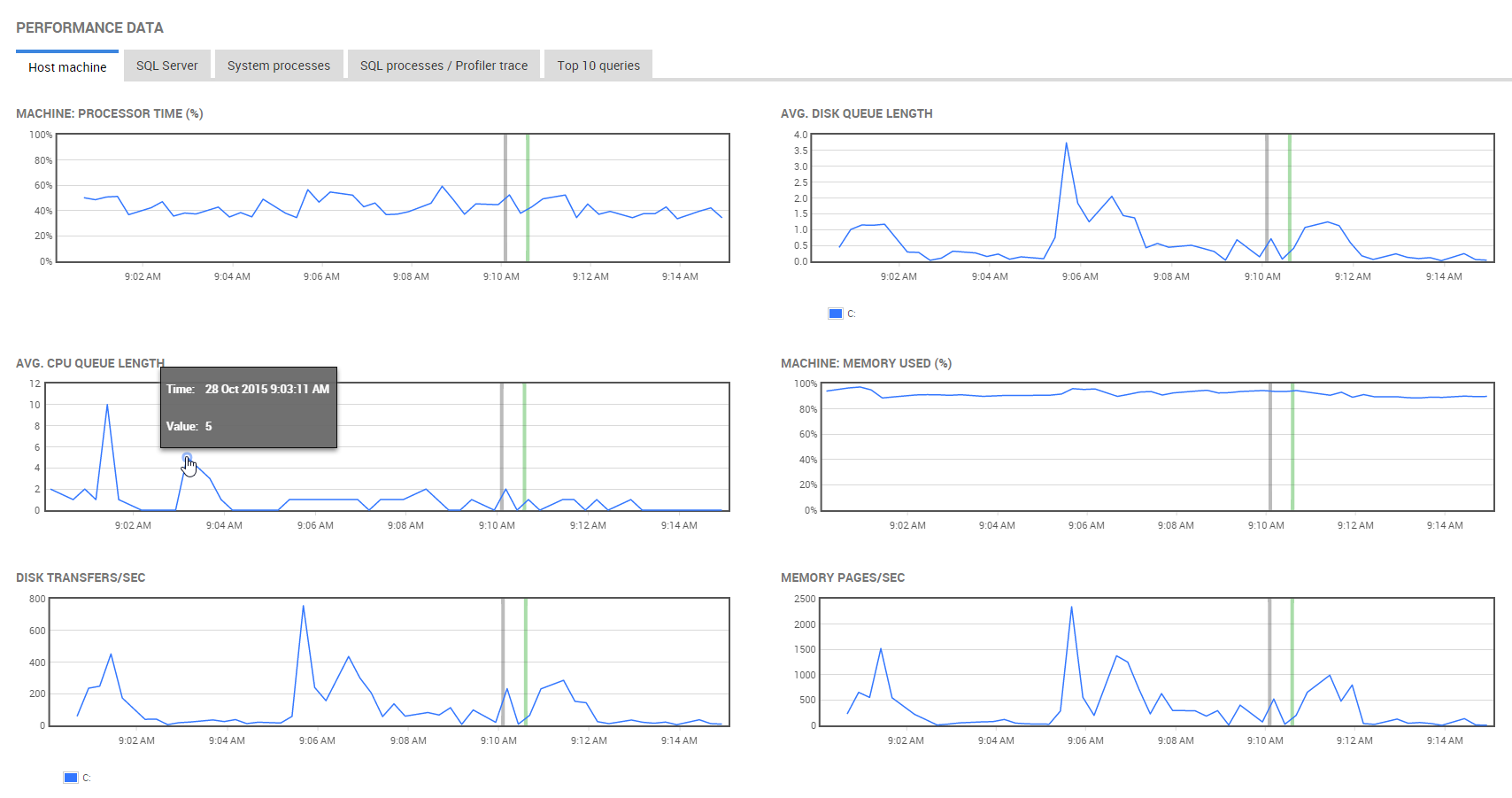 The alert raised time is represented by the vertical gray line. For alerts that have ended, the ended time is shown as a green line: 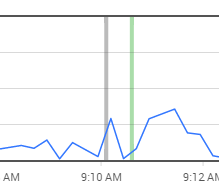 The start and end times of all these graphs relative to the alert raised time will vary depending on the nature of the alert and when SQL Monitor last collected monitoring data.