This documentation is only suitable for Data Masker for SQL Server. 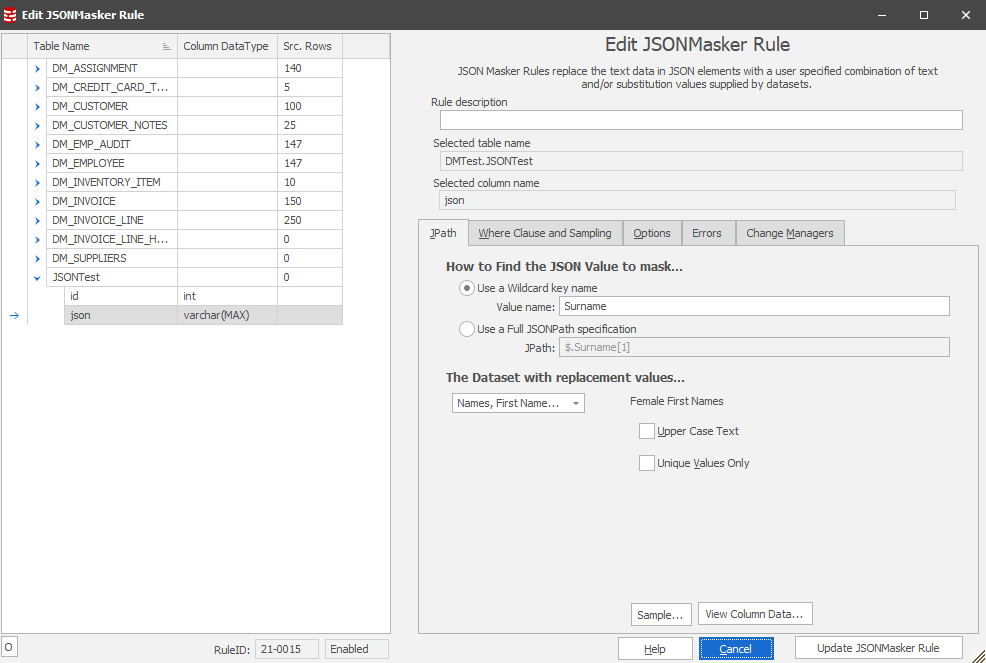 This form is used to create and edit Data Masker JSON Masker rules. JSON Masker rules are designed to update the JSON text content in a column with values from one of the many available datasets. The title text and button label on the form will change as is appropriate to the create or edit mode. In the example screen shot above, the form is editing an existing JSON Masker rule.

The dataset which provides the replacement values is entered in the The Dataset with replacement values dropdown. The use of the dropdown is identical to that of any other masking rule such as the Substitution rule. Each dataset has its own options and these will appear in the panel to the right of the selected dataset.

Configuring the target table and column is a straightforward process. Use the mouse to select the table and column from the Table and Column tab. The choice of available tables is entirely determined by the Rule Controller with which the JSON Masker rule is associated. Only tables from within the database and schema for which the Rule Controller is configured will be visible. If you do not see the tables you require, the database structure can be refreshed using the Refresh Tables and Indexes button on Options tab of the edit Rule Controller form.

During execution, as the JSON Masker rule processes each row, the generated replacement values will be substituted in place of the original matching JSON value specified by either the wildcard key name or the full JSONPath. The JSON Masker rules help file has more information and examples. 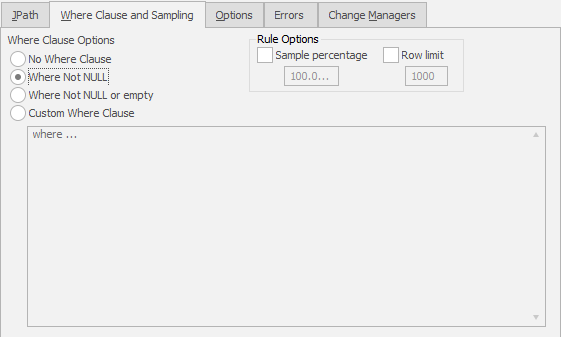 Important Note: If multiple JSON Masker rules are being applied to the same column (each with a different Where Clause) then the Where Clause Skip avoidance techinique discussed in the Where Clause and Sampling help file must be used. This methodology will ensure that implicit assumptions about the data content (for example, a GENDER field always contains only M or F when in fact some are NULL) do not result in some data items not having masking operations applied to them.

Usually any error returned by the running masking rule will cause the running masking set to halt and no further rules will be run. Occasionally it is desirable to "handle" such errors and permit execution on other rules to continue. For example, a common reason to ignore errors are masking rules which act on a table which may not be present in the target database. In the sample above, the rule is configured to ignore any errors which contain the text Invalid Object Name. Any errors which do not contain this text will still cause the masking operations to halt. 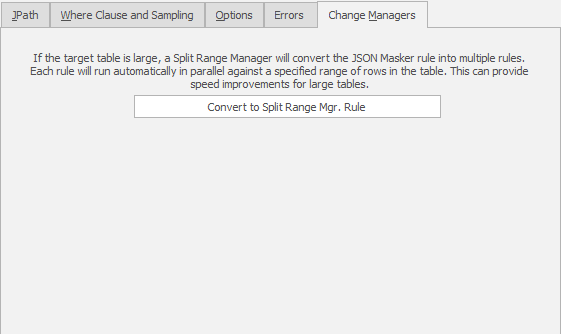 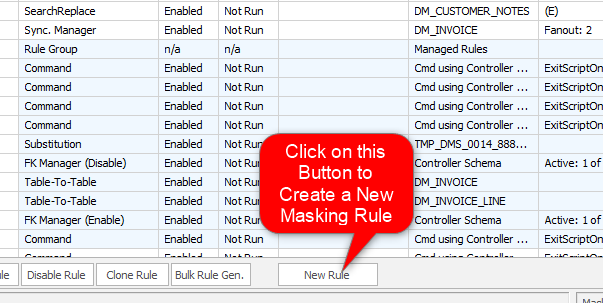 How to Create a New JSON Masker Rule